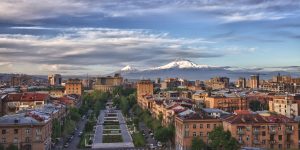 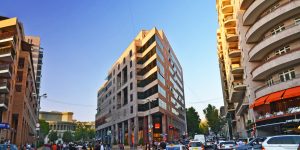 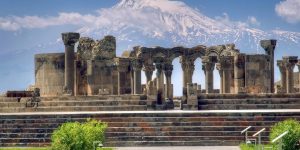 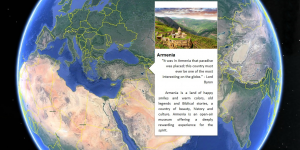 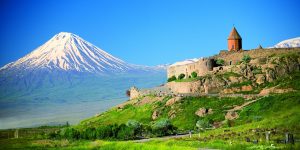 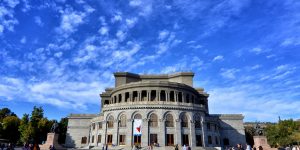 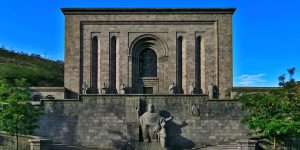 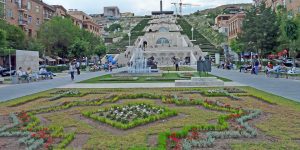 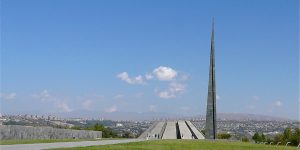 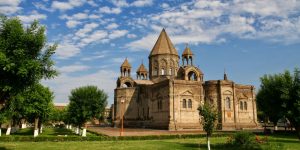 “It was in Armenia that paradise was placed;
this country must ever be one of the most interesting on the globe.”
Lord Byron

Armenia is a land of happy smiles and warm colors, old legends and Biblical stories, a country of beauty, history and culture. Biblical Ararat – home of Noah’s Ark is the national symbol of Armenia.

Armenia is an open-air museum offering a deeply rewarding experience for the spirit. It is one of the oldest centers of civilization, dating back to about 4000 BC. Rich in historical churches, monasteries, monuments, Armenia holds ancient cultural heritage.

Armenia is situated in the Transcaucasia region. Armenia occupies a territory of 29,743 square kilometers and is located within the Alps-Himalayas mountain system. In the north and east Armenia borders upon Georgia and Azerbaijan, in the west and south – upon Turkey and Iran. The Republic of Armenia constitutes only one-tenth of historical Armenia.

Armenia has a population of about 3 million. Another 7 million Armenians are spread all over the world. Armenia is one of the only monoethnic countries in the world – 97% of the people living in Armenia are Armenians. Armenians are very friendly, kind-hearted and sunny people. They are well-known for their hospitality.

Armenia was the first country to adopt Christianity as a state religion in 301 AD. The Armenian Apostolic Church is the national church of the Armenian people. The church claims to have originated in the missions of Apostles Bartholomew and Thaddeus in the 1st century.

The official language of the Republic is Armenian, a separate branch of Indo-European family of languages, with a 39-letter alphabet, invented between 401-406 AD by the Enlightener Mesrop Mashtots. “Armenian is the language to speak with God.” – Lord Byron

Yerevan is the capital of Armenia, founded in 782 BC by King Argishti I. It is a political, cultural, scientific, business and sports center. Yerevan encompasses cultural landmarks, theaters, museums, galleries, etc. Yerevan is a beautiful “pink city’; the buildings are all made of tufa stone naturally coloured of varying shades of pink.

Armenian cuisine is as ancient as the history of Armenia. It is closely related to eastern and Mediterranean cuisine. A very important aspect of the Armenian cuisine is the traditional bread called Lavash included in the UNESCO Intangible Cultural Heritage list in 2014. Armenia is also famous for its wine. Areni winery is the oldest in the world – it’s over 6000 years old. Armenian brandy, another great souvenir, is worldwide famous for its delicious taste and aroma. The pomegranate, with its symbolic association with fertility represents the nation. The apricot is the national fruit.

There are so many sights in this small and sunny country – the temple of Garni, monasteries in Geghard and Haghartsin, Echmiatsin, Khor Virap, Amberd, the Lake Sevan, among the major freshwater high-altitude lakes in the world, Tatev Monastery, etc. Armenia is a special place in the world with beautiful natural landscape.